It’s no secret that both Instagram and Snapchat “Stories” are strikingly similar, but what do each of the services have to offer? How do they differ from each other, and most importantly, which one is better to use for business?

Snapchat first came into the spotlight with their stories feature, which allows users to broadcast 10 second photos and videos to their followers, which last 24 hours before disappearing. Instagram have implemented the same thing into their popular photo sharing app. One small difference is that Snapchat allows users to choose how long their snaps will appear for, up to 10 seconds long. Both apps use the same functionality: tap on a user’s story, tap right to move to the next snap, tap left to go to the previous snap, and swipe to the left to skip that story all together.

This is where the fun starts. Instagram and Snapchat have a limited number of filters that can go over your photo and video once it has been taken, but Snapchat definitely wins on this front due to their face-mapping feature. When using the front facing camera, users can select 3D filters that appear over their face, such as the flower crown or the dog face. These are massively popular throughout the internet at the moment, and with more and more being released and swapped out onto the app every day, it’s a trend that won’t leave any time soon. It’s not exactly used for business purposes, though.

Both apps have the general filters such as the time and temperature, with Snapchat having the extra speed and altitude filter, but one way in which they differentiate is with their location filters. On an Instagram story, you can set your own location, which appears as a small place marker sticker with the location name next to it. Snapchat has the best location filter though, with their amazing custom made geofilters that change and appear depending on whereabouts in the world you are. This applies to events too, such as the Olympics, that had medal counter filters in 2016.

Another thing you can do is add stickers and emojis to your photos. Instagram have a limited amount of these, but Snapchat have a wide variety to choose from to decorate your pictures with. Both apps have pen tools to allow users to draw over their photos, but Instagram definitely have the upper hand with theirs. Snapchat’s pen tool is very simple compared to Instagram’s pen with size selection, marker/neon settings and smooth motion.

You don’t have to just rely on the photos to tell the story though. Both stories feature text options, which lets you caption your photos. Instagram has the option to tag people’s usernames in stories, which is useful for when you want your followers to check out another user’s profile, or if you want that tagged person to see your story as they will be sent a notification. That feeling of connectivity is something Snapchat is currently lacking. 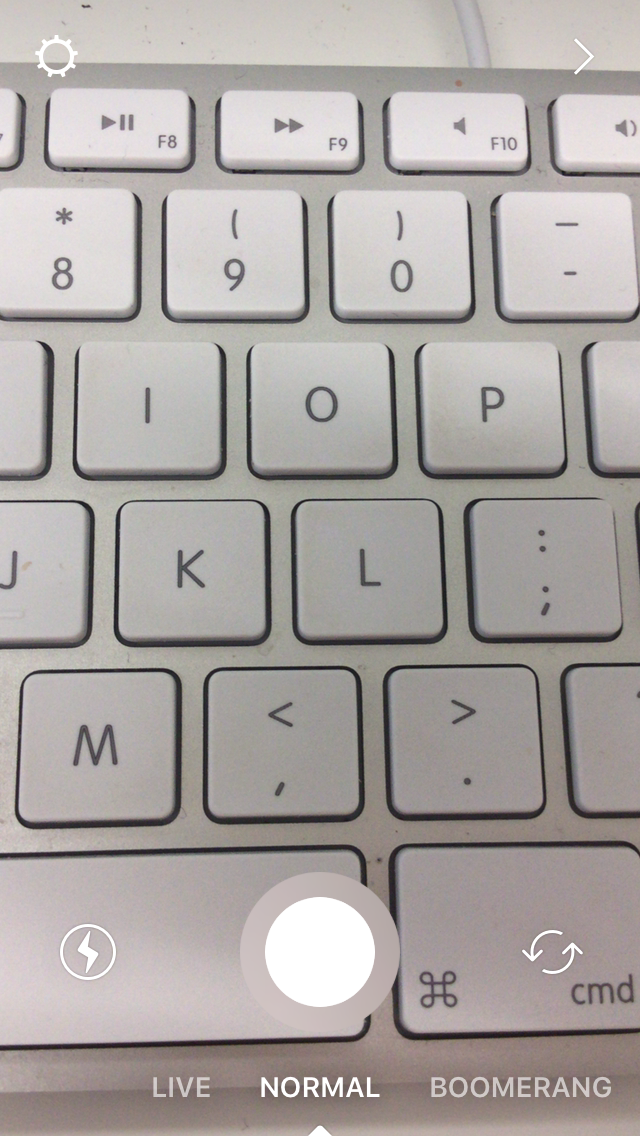 In the above images, you can see the Instagram stories interface, and just some of the features that are available. Below is Snapchat. As you can see, the interfaces are almost identical, with the capture button in the same place, and similar features such as flash and front facing camera. 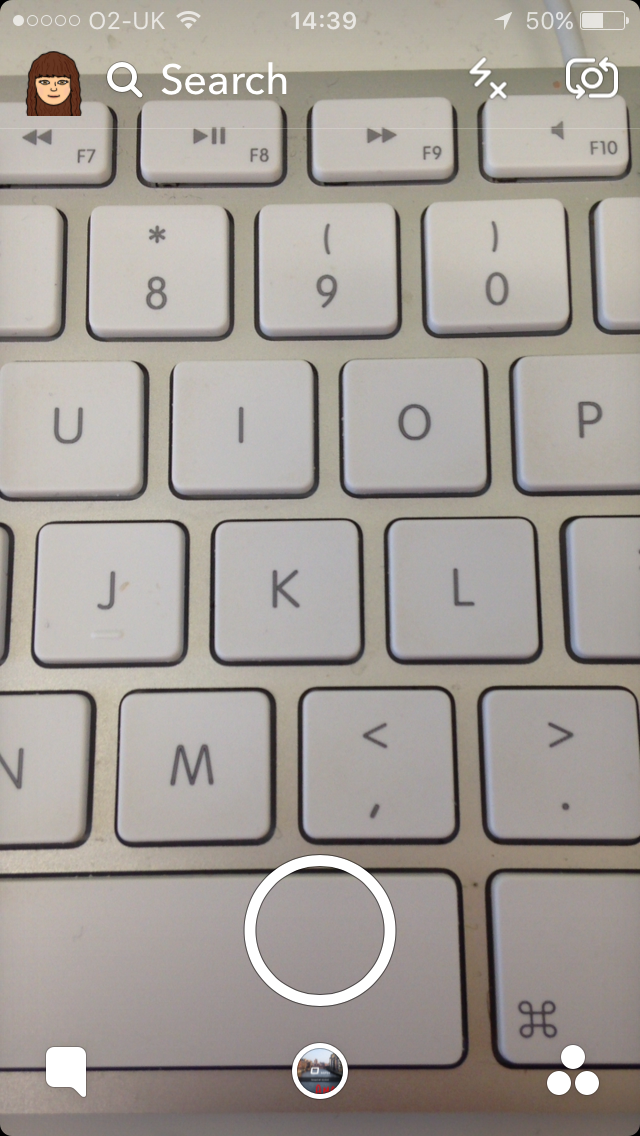 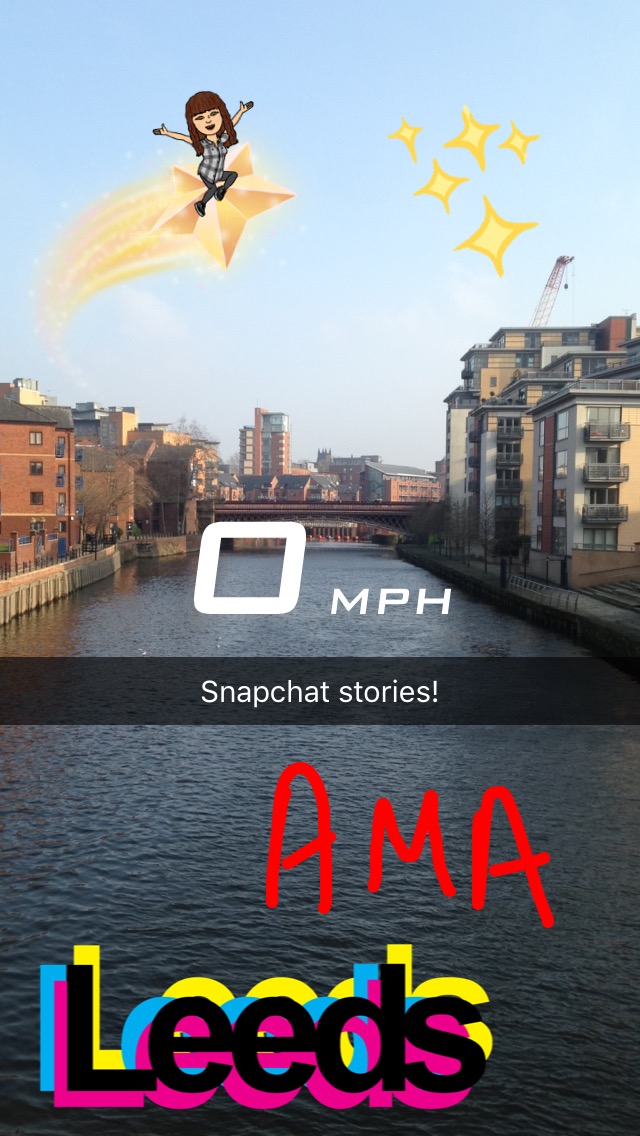 Each app includes features that the others hadn’t considered. For example, Instagram had integrated their popular feature Boomerang on their stories, meaning that users can make a looped 10 second GIF to put on their story. Recently they’ve also been working on their Live Video feature which works with stories so that users can broadcast themselves live to their followers through Instagram. You can connect Instagram to your Facebook profile to find your friends easily, and even the explore section allows for easy browsing of other people’s profiles. And finally, because Instagram wasn’t first made for their stories feature, the well-known app still has their photo uploading feature in which users can post normal photos and videos to their profiles that can receive likes and comments, and stay on their profile forever (or at least until they delete it).

Snapchat haven’t implemented any GIF support or live video for regular users, but have a few features that have proved to be quite popular among users. There’s the option to turn your videos to slow-motion, fast motion and reverse motion which can be fun, and their Live Stories feature really connects the Snapchat community. This feature allows users to upload their own snaps to one story if they’re in the same area. For example if you take a trip to London, occasionally if you’re in the right area there will be the option to upload to the “London Story” as well as your own. Unfortunately, the search system on Snapchat isn’t the greatest, but at the time of writing there have been rumours of an improved search system being implemented in the near future.

Which one is better for my business?

Now, we know that Snapchat stories have been around for longer, and the Instagram stories are pretty much a carbon copy, but hear us out. We think that Snapchat is great – for personal use. The filters are great for selfies, and although we prefer the layout of Snapchat, Instagram is much more advanced and plus, you already have the primary purpose of uploading permanent photos built in. Snapchat is only used to chat with friends and update what you’re doing at the moment. With Instagram stories, it can be a lot easier to advertise your products or give updates on your latest deals, without corrupting your professional Instagram photo stream on your profile. Additionally, Instagram can easily reach a wider audience because their search system is easier to use compared to Snapchat.

This isn’t to say that you can’t use Snapchat for business, we think it’s definitely worth a shot. They’re both the same in the respect that they are available for a short period of time. But this case study is in favour of Instagram – Nike generated 800,000 views on an Instagram story in the space of 24 hours, whereas Nike’s most popular Snapchat story got only 66,000 views in comparison. Compare the 600 million Instagram users to the 150 million Snapchat users, and you’ve got yourself a perfect platform to promote your services on.